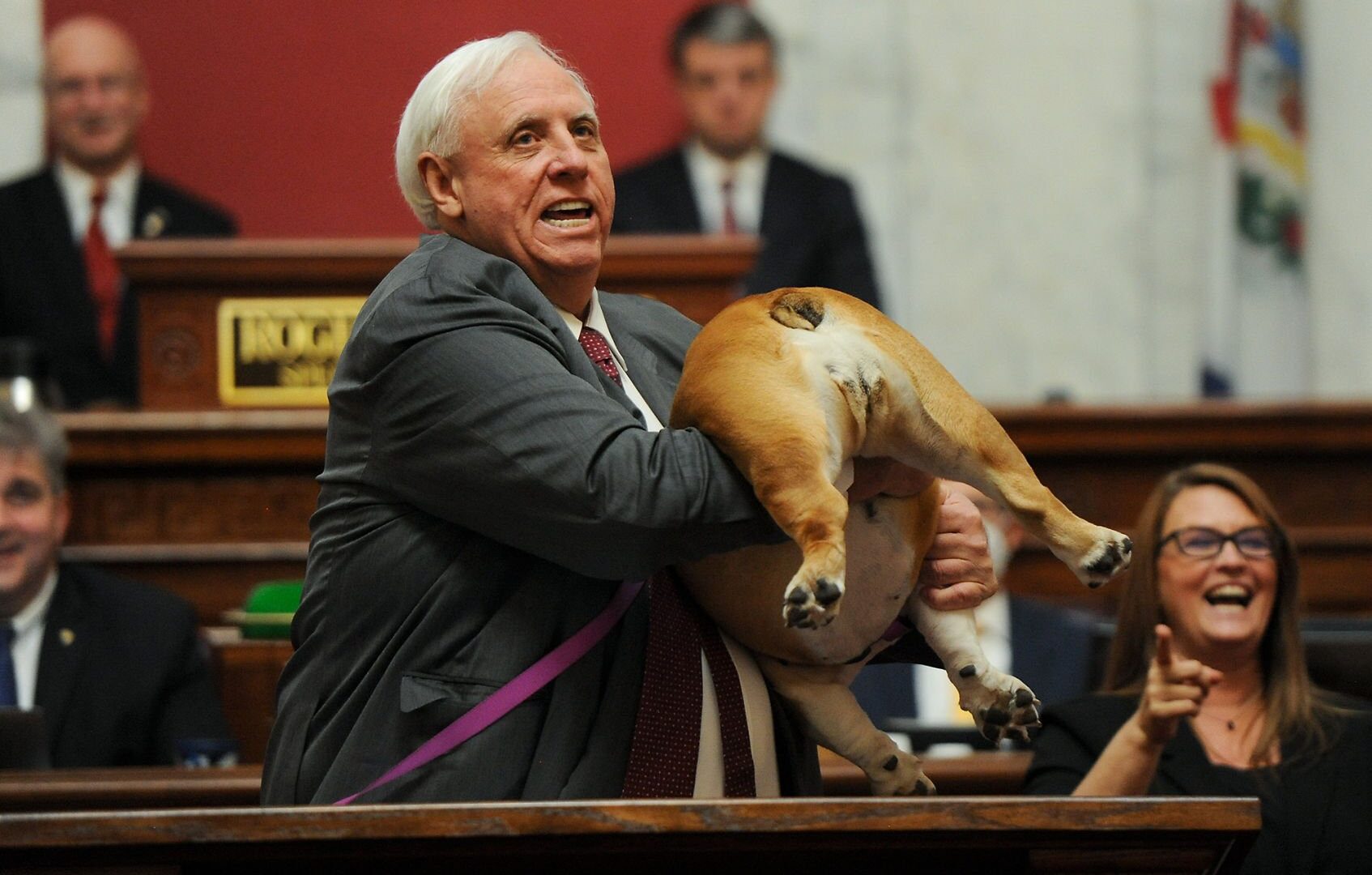 Governor Justice told lawmakers and citizens in his State of the State that he doesn’t just want to be a good Governor but to be ”the greatest“.

He gave a pep talk, puffed himself up a bit, proposed a couple, new programs

Then he brought out Babydog and showed us all her as…uh…I mean her hiney as a ”kiss off” to those who criticize the state.

I would expect the ”greatest” Governor to have more class